Description of the Book

Visions of America: A History of the United States by Jennifer D. Keene, Saul Cornell and Edward T. O’Donnell is a new textbook for college-level American History survey courses. In addition to presenting an engaging narrative that reflects the latest historical scholarship, Visions of America revolutionizes the role of images in the history survey by integrating them into the narrative.  Visions of America also emphasizes how competing visions of American society have shaped the nation’s past. Presenting history as a dynamic, unpredictable, and dramatic process shaped by the choices made by people of all classes, this new textbook explores the tensions and conflicts that have marked virtually every chapter of American history. 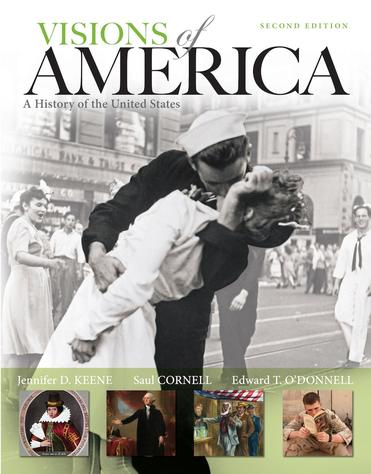